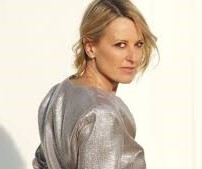 Abby Dobson plays a stripped back and intimate show at Bowral Bowling Club as part of the Monday Night Music Program. Abby Dobson has had a wonderful career as a singer and songwriter. She has a beautiful new solo album of her original compositions, called ‘It’s Okay, Sweetheart’, that she produced with Brad Jones in Nashville. She has released two singles from that album – ‘Give Me Love’ and ‘Everything’s Gonna Be Alright’. She was a founding member of the hugely successfully band, Leonardo’s Bride, who garnered many accolades; their chart-topping song, ‘Even When I’m Sleeping’, winning APRA ‘Song of the Year’ and later voted as one of the APRA‘Top 20 Australian Songs of All Time’.

Abby also has a delicious project called Baby et Lulu in which she sings French songs in harmony with the lovely Lara Goodridge of Fourplay fame, in front of an extraordinarily swinging band .